Based in the University of Oxford’s Faculty of History and the African Studies Centre (School of Interdisciplinary Area Studies), ‘Comparing the Copperbelt’ is the first comparative historical analysis of the Central African Copperbelt, which is located on the border of Zambia and the Democratic Republic of Congo. 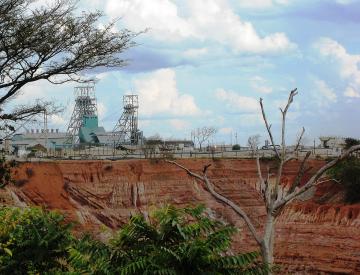 
Mineral production in Central Africa has often been key to driving development, but this has often benefited western companies and the state at the expense of mineworkers, their families and their communities, whose voices and experiences have often been excluded from development policies. The reality of the relationship between mineral extraction and development on the copperbelt is complex and invites questions about the underlying meaning of ‘development’ to different actors.

Led by Professor Larmer, the project is the first comparative historical analysis of the Central African copperbelt. The research focuses on oral histories and local records in order to draw upon indigenous narratives around mineral extraction to understand the experiences of these often excluded communities.

Countering ‘top-down knowledge production’ from Western academic thought, the approach aims to represent these communities’ own culturally meaningful perspectives about the development of the copperbelt, stressing their own active participation in it. The historical perspective also enables a re-examination of the relationship between mineral extraction, anti-colonial movements and independent nation states.

The project is engaging with local actors and universities, which enables Copperbelt communities to have access to the project activities. A series of publications, all available freely online, empowers local civil society organisations by improving their access to their own histories. It is hoped that this will inform their interactions with development agencies, international finance institutions, government representatives and mining companies. 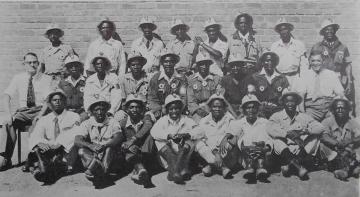 The first event of this kind took place in July 2017 at the Copperbelt University (CBU) in Kitwe, a Zambian mining city. The event brought together local academics with other stakeholders to discuss the project and its early findings. More events are planned across the four-year project (2016-2020).

For further information on the project, visit the Comparing the Copperbelt website.